Here is a blog post titled “Diving Here is Like Swimming in an Aquarium” that I wrote and was published by Nautilus Explorer on their blog.   Of course, I included a few photos below too!

The boiler today proved once again that diving here can be like swimming in an aquarium. We entered the water with schools of Big Eye Trevally Jacks in the blue around the boiler and thousands of colourful Wrasse’s all around the top of the boiler. Dropping down and moving around the nooks and crannies are filled with lobsters, moray eels, hawk fish of all sizes and varieties, and an occasional octopus den. Moving deeper we found groups of Moorish idols feeding along the wall and Bluefin Trevally swimming just outside of us trying to figure out what we were up to. Rounding the north end of the boiler we ended up in an unusually large school of Burrito Grunts. After a fantastic lunch by Juan Carlos we returned for a second dive at the boiler that proved to us once again that thousands of fish in all shapes and sizes and colors would adorn our dive.  In the distance beyond the jacks we had a large school of Yellow Fin Tuna that circled the boiler for most of the dive and just before we were getting ready to head in we had one last visit with a Giant Pacific Manta that swam into our group and waved us all a goodbye. 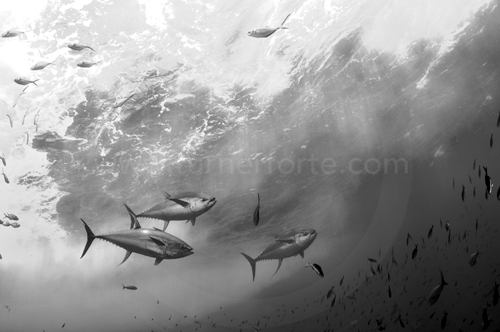 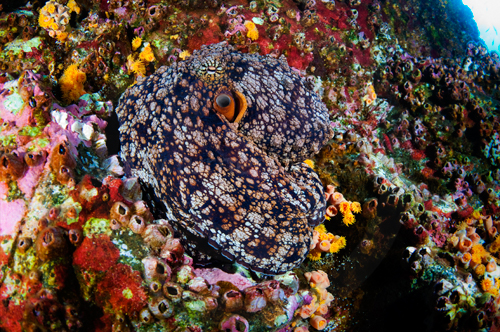